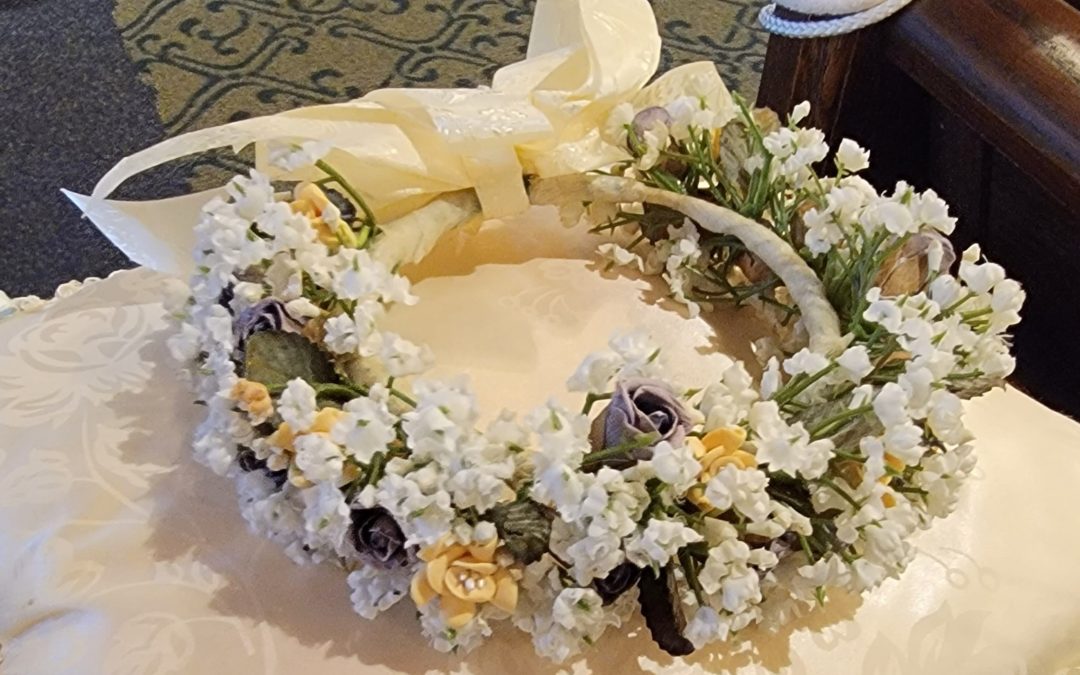 Traditions are important at OLW School. The May Crowning ceremony is perhaps the most treasured tradition – 8th graders have the honor of presenting a flower to Mary and leading the Rite of Crowning. May Crowing usually occurs on May 24, the Feast of Our Lady of the Wayside. In 2020, when the school was closed during the pandemic’s stay-at-home order, the school created a virtual May Crowning in order to have some aspects of this special tradition continue.

In 2021, 8th graders were again allowed to participate in person in this tradition. There were a few adjustments that had to made: the date was changed to May 19, a day in which the students were already attending Mass; masks were worn; only a small amount of parents were able to attend; 2nd graders were not part of the procession. As you can see from these pictures, the tradition this year was just as beautiful and special as any other year.

HISTORY
Our Lady of the Wayside School has served the Catholic community of Arlington Heights since the mid-1900′s. Named after a fifth century painting of the Blessed Mother, the parish was officially founded in 1952 with Father O’Hara as pastor. The first Mass, on July 27, 1952, was held in the gymnasium of South School. On May 24, 1953, the Feast of Our Lady of the Wayside, construction began on a school building which would also provide space for a temporary church and convent.

In September 1954, the first school bell rang and 300 first through eighth grade children marched into seven brand new school rooms. They were taught by four Dominican Sisters and seven lay teachers. On June 14, 1955, twenty-four students became the first graduates of Our Lady of the Wayside School

In 1955, construction started on a convent to house the increasing number of sisters engaged in teaching. Then in November 1956, ground-breaking occurred for the new church. This momentous undertaking allowed the temporary church quarters in the school building to be converted into much-needed classrooms. The first Mass was celebrated in the new Our Lady of the Wayside church on September 29, 1957.

In 1960, six new classrooms were added to the school building. Father O’Hara still wanted to build a junior high building because enrollment was so high, but there was a temporary ban on new construction within the Archdiocese. Two mobile classrooms had to be used in the mid-1960’s. Finally, on May 24, 1967, the 14th anniversary of the original school ground-breaking, Father O’Hara was able to break ground on the junior high building, his final building project. It included eight classrooms, a gymnasium for the whole school, offices and conference rooms. It was dedicated on April 20, 1968. In 15 years, most of what we see today had been built.

Today Our Lady of the Wayside School continues to provide a strong preschool through eighth grade Catholic education for its students. The teaching staff is composed of professional individuals who are guided by their Catholic faith. These mentors, along with parents and alumni, sponsor numerous extra-curricular opportunities to foster student growth outside the daily curriculum.

The history of Our Lady of the Wayside School has been and continues to be a positive reflection of the Gospel of Jesus. An award-winning education, daily prayer, liturgy, works of charity and community outreach are always being enhanced and improved to help make OLW students authentic and effective disciples of Christ.